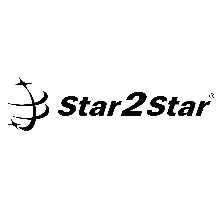 Star2Star offers unparalleled value, reliability, quality, and scalability. Star2Star unifies business communications including voice, video, fax, mobile, chat, and presence management. Star2Star's award-winning, patented network overcomes the reliability and quality limitations of other communications technologies and enables companies to choose the deployment methodology that aligns best with their needs. For businesses that require high-quality voice, redundant networks for continuity, and ultra-reliable communications, Star2Star's Business Voice+ architecture offers the highest guaranteed SLAs in the industry at an affordable price. Businesses with less complexity, who seek the best communications capabilities for their employees and customers, can consider the Business Voice solution the optimal choice.

With a customer retention rate of 99.85%, Star2Star has been recognized by a multitude of leading analysts. Star2Star was named to the Forbes Most Promising Companies list, the Deloitte Technology Fast 500 five times, and the Inc. 500|5000 seven times. The company was also named by IHS as a Top 10 Hosted Business VoIP/UC Provider, ranked in the Frost Radar in the North American Hosted IP Telephony and UCaaS Industry report, and has been in the Gartner Magic Quadrant for UCaaS, Worldwide for the last six years.

Voice Recognition Is The Next Phase Of UC

Unified Communications can broadly be defined as the ability to communicate using any medium of choice at any time and switching seamlessly among them. The idea started with Microsoft’s initial attempt to deliver UC with the Office Communications Server (OCS), but voice quickly took a back seat to video, messaging, collaboration, and even social media, as those were integrated into all-encompassing communications environments. There were several factors, including a desire to bring new technologies into internal and customer interactions, as well as a driving desire from younger generations to use new mediums, including video and messaging. The other, of course, was that voice tools, like voice recognition software, weren’t nearly as exciting and often not accurate enough for most use cases.

Since then, voice technology has come a long way with improvements to voice recognition including the integration of natural language processing and even artificial intelligence engines, such as Siri, Cortana, and Alexa. This new innovation around voice-enablement is giving way to a whole new world of voice-based applications that allow you to do more with your UC solution.

The smartphone explosion and emergence of cloud computing have driven messaging to new heights – At the end of last year, more than 60 billion messages were sent each day globally (including carrier SMS and OTT apps like WhatsApp and Facebook Messenger). That’s translated into increased use of messaging in business applications as well. From internal collaboration tools to customer service through live chat, messaging has quickly become a dominant business communications channel. Even many IP phones have become messaging-enabled in response to its preferential status.

Here’s the downside with messaging, however: Typing is much less efficient than speech. In fact, researchers from Stanford, the University of Washington, and tech firm Baidu concluded two years ago that for English, speech recognition is three times faster than typing, with a 20 percent lower error rate.  Considering the advances in AI and machine learning since then, it’s easy to think those figures are even more biased towards speech today.

The Future With Voice Recognition

While there’s a generational gap when it comes to communications preferences, with younger generations opting for messaging over voice 3:1, they are prone to using voice-enabled apps. The technology is ready, so the key is making it easy to use. Voice is clearly making a comeback, even if it’s not for two-way calls.

Related: Creating The Meeting Room Of The Future

Whether you leverage a chat app for your customer service team or use messaging as part of your internal collaboration strategy, the bottom line is that you allow customers, partners, and colleagues communicate the way they want to, which circles back to the fundamentals of UC. But why not take it to the next level and speech-enable it all. You will keep your users happy and see increased adoption of your UC investment, creating more efficient communications in the long run.


This is a private site.

Enter the email address that you signed up with and we will email you a password reset link.

Your session is about to expire.