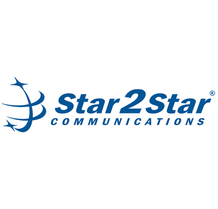 034: The Demands of Building a Communications Company with Kevin Cox

In this episode, David is joined once again by John Roth as co-host to interview Kevin Cox, President of GulfTech IT. Kevin's relationship with Star2Star began in 2013 when he was hired as an account manager. He discusses his hiring experience and how he and fellow Star2Star employee, Brian Kummer, later started their own company, GulfTech IT. As you will hear, starting and running your own business requires many steps and components which Kevin had to learn through his transition from Star2Star employee to Star2Star Partner. He talks about the dynamics of running a business, GulfTech IT's milestones so far, and how he leverages Star2Star's Partner Marketing Hub, Co-op program, and other marketing tools. Tune in to hear more about GulfTech IT, their 2019 outlook, and how they adapt to the changing needs of their customers. Bonus content: Find out what color Kevin would be and John Roth reveals one of his bucket list items which involves an 8-hour adventure expedition!

Enter the email address that you signed up with and we will email you a password reset link.

Your session is about to expire.